A federal court ordered the Village of Antioch to promote Dawn Geraty to Sergeant five months after she won her sex discrimination lawsuit.

READ ABOUT THE CASE

On May 14, 2014, at an ordinary meeting at the village hall, something extraordinary happened. Dawn got her Sergeant Stripes. 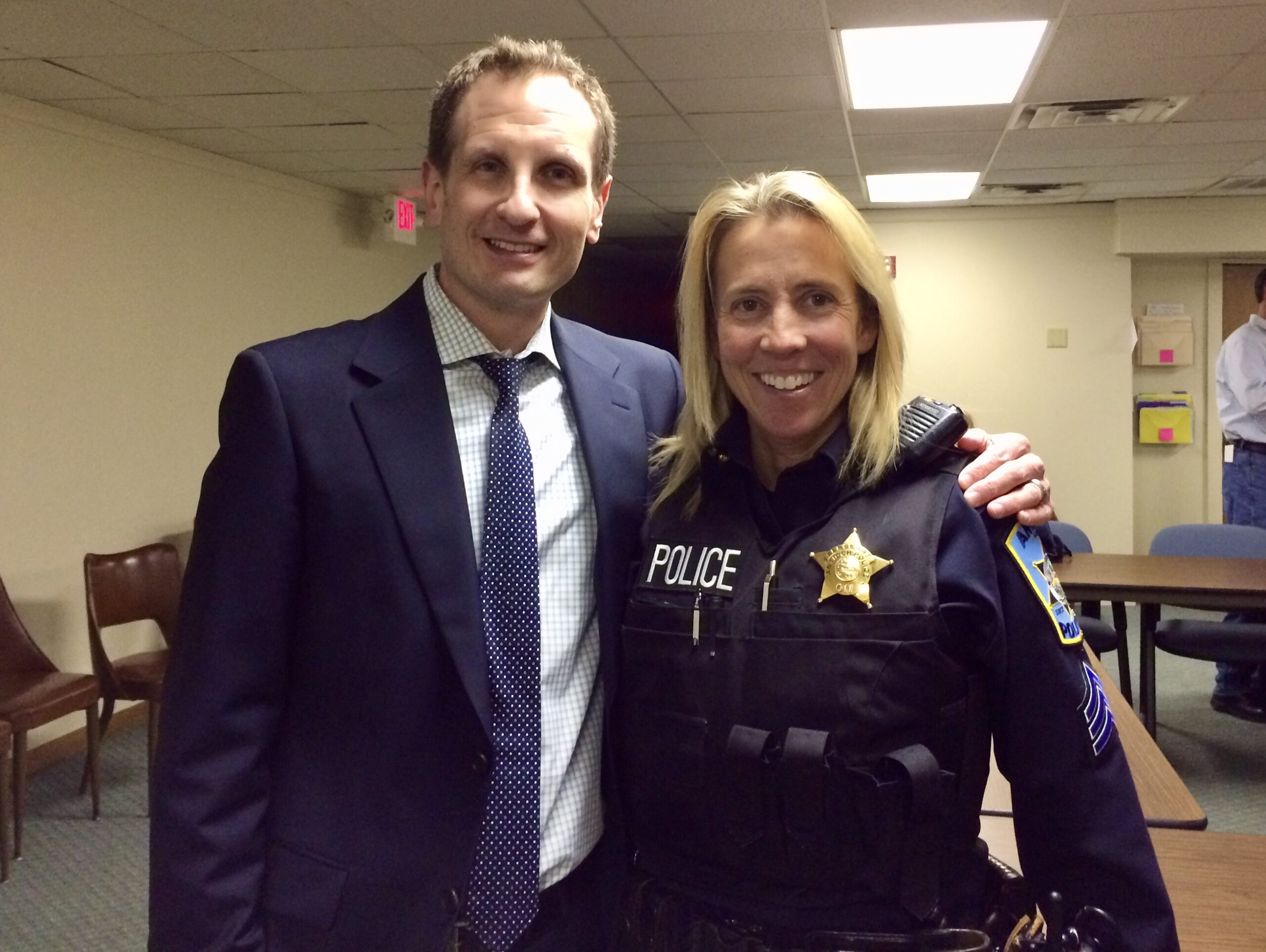 It was amazing to watch Dawn get her Sergeant stripes after eight long years.

The village hall was filled to capacity to watch Chief Craig Sommerville place Sergeant Stripes on Dawn’s uniform. A Sergeant supervises other police officers and is the most important rank a police officer can achieve.

In 1993, Dawn became the first female police officer hired by the Village of Antioch.

Twenty years later, she became the first female police officer in the chain of command and promoted to the rank of Sergeant.

The police department promoted all of the male police officers who passed the Sergeant’s Exam except Dawn who had more seniority than all but one of them.

Dawn filed a lawsuit alleging a claim for sex discrimination. In November 2013, after a two-week trial, the jury returned a verdict for Dawn and awarded damages.

Based on the verdict, Dawn asked the Court to award her the Sergeant Stripes she was denied.

On May 14, 2014, while the lawsuit was still pending, the police department finally promoted Dawn to Sergeant.

Do you believe you were denied promotions for unlawful reasons? Contact Jeff.